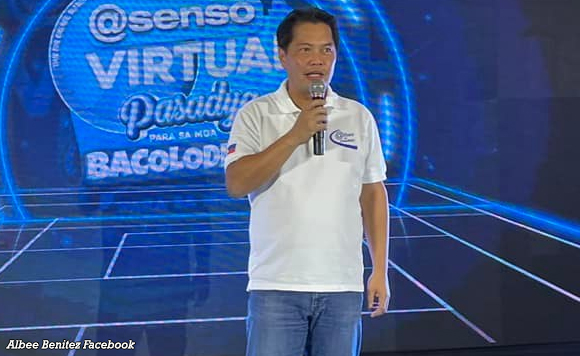 0 269
Share
Want more POLITIKO News? Get the latest newsfeed here. We publish dozens and dozens of politics-only news stories every hour. Click here to get to know more about your politiko - from trivial to crucial. it's our commitment to tell their stories. We follow your favorite POLITIKO like they are rockstars. If you are the politiko, always remember, your side is always our story. Read more. Find out more. Get the latest news here before it spreads on social media. Follow and bookmark this link. https://goo.gl/SvY8Kr

Mayor-elect Albee Benitez named two Negrense lawyers as Bacolod City’s next city administrator and secretary-to-the-mayor when he assumes his post on June 30.

Benitez said Maghari is tasked to coordinate the work of all city government offices and establish and maintain a sound personnel program “be it in the frontline of the delivery of administrative support services, especially those related to man-made and natural disasters and calamities, and perform other duties and functions as may be prescribed by law or ordinance.”

For his part, Chiu said his goal is to assist the local chief executive in bringing “meaningful change” to Bacolod.

His secretary will take charge and be in custody of all records and documents of the city, its offices and departments, said Benitez.