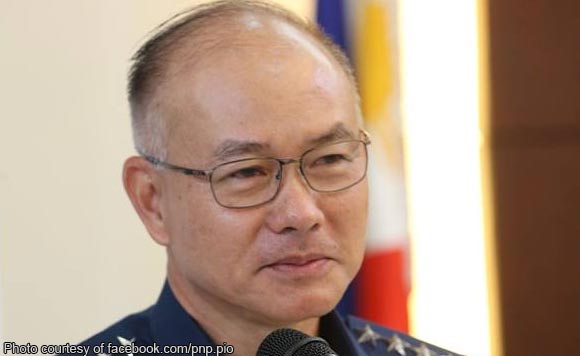 0 432
Share
Want more POLITIKO News? Get the latest newsfeed here. We publish dozens and dozens of politics-only news stories every hour. Click here to get to know more about your politiko - from trivial to crucial. it's our commitment to tell their stories. We follow your favorite POLITIKO like they are rockstars. If you are the politiko, always remember, your side is always our story. Read more. Find out more. Get the latest news here before it spreads on social media. Follow and bookmark this link. https://goo.gl/SvY8Kr

“(U)na wala naman silang request sa atin. (First, they do not have any request for that.) But then again, kung kinakailangan bigyan (if it is needed) and if we see na merongthreat doon sa mga kaparian doon sa loob (that there is threat on the members of the clergy there), then we will provide additional security or intensify patrols (in the) vicinity ng mga (of the) churches or kung saan sila nakatira (or their places of residence),” Albayalde told newsmen in a chance interview.

The suspect, identified as Jeffrey Cañedo, 41, was reportedly looking for Cebu Archbishop Jose Palma, who was at the 117th Plenary Assembly of the Catholic Bishops’ Conference of the Philippines (CBCP) in Manila.

Church security personnel called police to apprehend the man who had run away as they tried to stop him from entering the gate.

Responding policemen shot to death the man, who opened fire on them when asked to raise his hands.