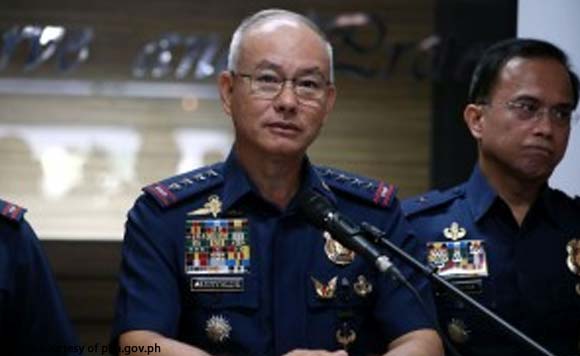 MANILA — The Philippine National Police (PNP) on Monday said it is unfazed by any probe against its operations, which resulted in the death of 14 people and arrest of 12 others in Canlaon City and two other areas in Negros Oriental on Saturday.

“Based on the report of the regional director there, these people have previous involvement with the rebels and they are being used. They claim they are mere farmers. Well, of course we know some of them are farmers in the morning but are NPAs (New People’s Army) at night. It doesn’t necessarily mean that just because they are farmers, they don’t have links to the armed group,” Albayalde told reporters when sought for a comment.

The country’s top cop also cried foul over allegations that the operations are a massacre.

“It didn’t happen in one place. It happened in various places. Remember, there were also 12 people who were arrested. Some didn’t resist and were arrested. These 14 fought back with authorities. Our police officers won’t fire at them if they did not make the first fire. If the intention was to kill everyone, the 12 arrested persons would have been dead too,” the PNP chief said in Filipino.

Albayalde, however, said the PNP-Internal Affairs Service will conduct an investigation on the possible lapses of the policemen during the operation.

The operations in Canlaon City and the towns of Manjuyod and Sta. Catalina were implemented based on search warrant issued by local courts for possible possession of firearms and explosive materials.

A total of eight people were killed in Canlaon City, four in Manjuyod and two in Sta. Catalina town, local police said.

On Sunday, PNP spokesperson Col. Bernard Banac said the police force welcomes moves by some groups to challenge the veracity of the operations.

“We are sure that they really tried to shoot it out because our policemen will not use force if there is no threat to their lives. The police were running after these personalities because of the violations of the law, and based on the information obtained they were keeping contrabands, guns and bullets. The PNP just implemented the search warrant and at the course of the implementation, there were gun battles,” he added. (PNA)