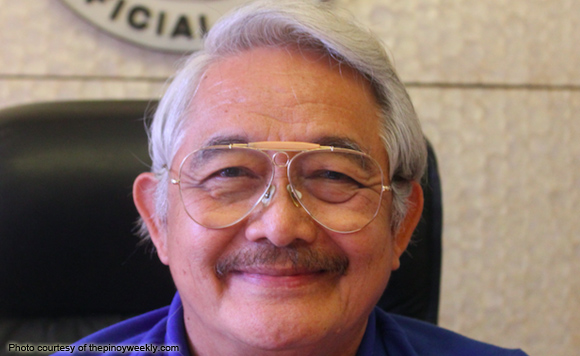 Capiz Gov. Victor Tanco, a close ally of President Aquino, will get to keep his post until after the May elections.

The Department of Interior and Local Government (DILG) has announced it can no longer implement the October 22 dismissal order issued against Tanco due to – surprise! – the “Aguinaldo doctrine”.

The governor, along with his son Vladimir, was earlier slapped with the penalty of dismissal by the Ombudsman for allegedly extorting P3 million from a contractor.

According to DILG-Western Visayas director Anthony Nuyda, the administrative charges against Tanco are now considered extinguished because of the Aguinaldo doctrine.

The doctrine absolves any public official from administrative liabilities once he or she is re-elected to office.

The charges were filed against Tanco and his son in 2011; the governor was re-elected to his third and last term in the 2013 elections.

“We cannot implement anymore the dismissal order,” Nuyda was quoted in an Inquirer report.

Nuyda said he received a memorandum from the DILG central office citing a letter from the legal services of the Ombudsman to DILG secretary Mel Senen Sarmiento confirming that Tanco’s case is covered by the doctrine.

The DILG implemented the dismissal of Vladimir but sought clarification from the Ombudsman whether Tanco’s case is covered by the doctrine.

But Nuyda clarified the criminal charges related to the case against the Tancos would still proceed at the Sandiganbayan.

The Ombudsman also found probable cause against the Tancos for violation of Republic Act No. 3019 or the Anti-Graft and Corrupt Practices Act.