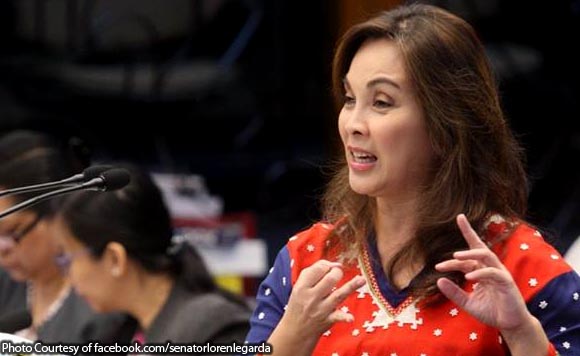 0 659
Share
Want more POLITIKO News? Get the latest newsfeed here. We publish dozens and dozens of politics-only news stories every hour. Click here to get to know more about your politiko - from trivial to crucial. it's our commitment to tell their stories. We follow your favorite POLITIKO like they are rockstars. If you are the politiko, always remember, your side is always our story. Read more. Find out more. Get the latest news here before it spreads on social media. Follow and bookmark this link. https://goo.gl/SvY8Kr

Senator Loren Legarda had this to say to people questioning her voter’s transfer application from Malabon City, Metro Manila to Pandan, Antique.

Legarda is running for congresswoman in Antique province in the 2019 midterm elections.

She expressed confidence her bid for Congress will push through.

“President Rodrigo Duterte has asked me to sit as secretary of the Department of Social Welfare and Development. I refused because the Antiqueños needed my help,” the politiko said in a Panay News article.

“I received 200,000 signatures from Antique asking me to run for a local post. It’s a big sacrifice but it’s worth it,” she added.

Legarda has not met the one-year residency requirement to be classified as a voter of Antique, said Pelaez.

On October 4, former Antique vice governor Robin Rubinos also filed an opposition on her voter’s transfer application at the Comelec office in Pandan.

But, Legarda maintained she has been a resident of Barangay Mag-aba, Pandan, Antique “for a year a half already.”