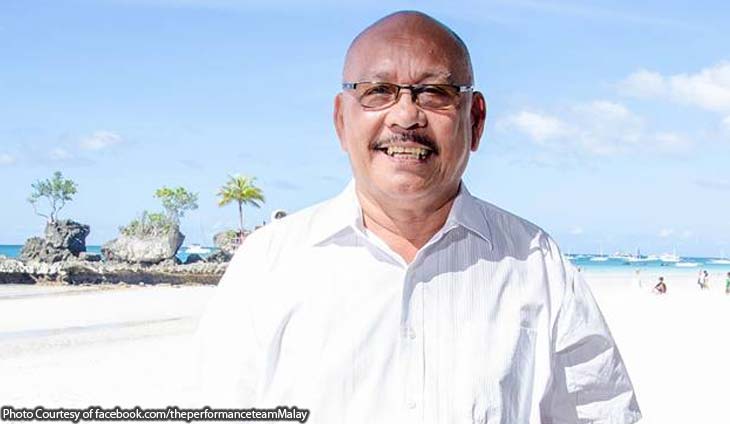 The Office of Ombudsman has ordered the preventive suspension of Malay, Aklan Mayor Ciceron Cawaling.

Cawaling and 16 other officials in Aklan province were charged with neglect of duty leading to the environmental degradation in Boracay island.

In a Panay News report, Department of Interior and Local Government (DILG) officer-in-charge Eduardo Año said they would implement the Ombudsman order.

The duration of Cawaling’s preventive suspension was not stated.

Last June 27, Undersecretary Epimaco Densing III of DILG filed administrative and criminal charges before the Office of the Ombudsman against Cawaling and 16 Aklan local officials.

They were accused of allowing the illegal operation of some businesses or operating without mayor’s permit; allowing structures in no-build zones such as wetlands; tolerating violations of the easement rules; issuing mayor’s permit without Fire Safety Inspection Certificate from the Bureau of Fire Protection; and other similar violations of law and admin regulations.