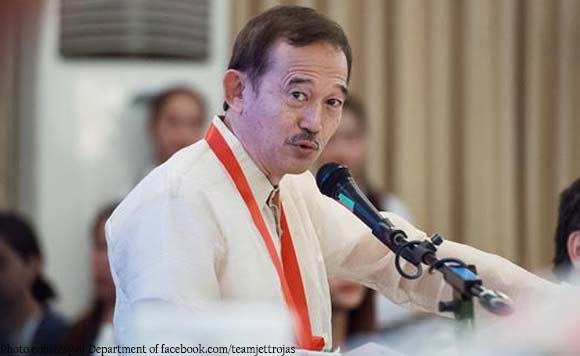 0 456
Share
Want more POLITIKO News? Get the latest newsfeed here. We publish dozens and dozens of politics-only news stories every hour. Click here to get to know more about your politiko - from trivial to crucial. it's our commitment to tell their stories. We follow your favorite POLITIKO like they are rockstars. If you are the politiko, always remember, your side is always our story. Read more. Find out more. Get the latest news here before it spreads on social media. Follow and bookmark this link. https://goo.gl/SvY8Kr

The house of Mayor Jett Rojas of Ajuy, Iloilo had been broken into.

Rojas was not home when the incident happened. The house occupants were his 88-year old father, his caregiver, the caregiver’s boyfriend, and a househelp.

The “intruders” brought the vault found in the mayor’s room outside and destroyed it, said Police Captain Roy Castro, Ajuy police chief. (https://bit.ly/394k4tw)

“Inventory is still going on if there are other missing items,” he also said.

Police are eyeing inside job as one of the possible motives behind the alleged robbery. They already have persons of interest behind the break-in.

Castro, however, declined to name them pending further investigation.

For his part, Rojas said he trusts that police could solve the incident.