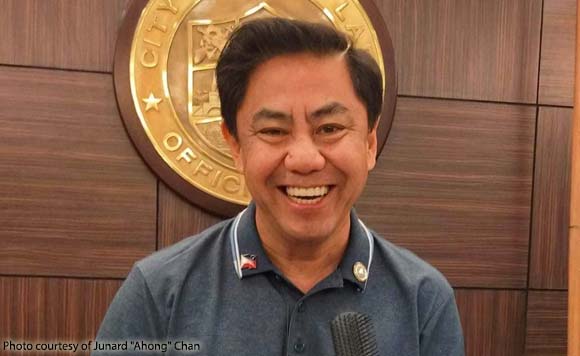 0 28
Share
Want more POLITIKO News? Get the latest newsfeed here. We publish dozens and dozens of politics-only news stories every hour. Click here to get to know more about your politiko - from trivial to crucial. it's our commitment to tell their stories. We follow your favorite POLITIKO like they are rockstars. If you are the politiko, always remember, your side is always our story. Read more. Find out more. Get the latest news here before it spreads on social media. Follow and bookmark this link. https://goo.gl/SvY8Kr

Lapu-Lapu City Mayor Ahong Chan has decided not to press charges against Goldfin Construction and Development Corp., the contractor for the long-delayed drainage project on the Ibabao-Agus Road in Barangay Agus.

Chan made the decision after noting that the contractor had completed the P30 million project by the deadline of Jan. 9, 2023.

“No more because they already finished it,” the city mayor said in the vernacular. (https://bit.ly/3XgppXH)

The project was finished sometime in November last year but they still needed to work on an additional 15 meters, added Meniamen.

“When we measured it, we saw that 15 meters was lacking. That’s why it was late or we had to get back to work on it, until it reached January,” according to him.

But, the site engineer admitted that there were other projects in the city that were behind schedule, particularly the road widening at the Mactan-Cebu International Airport and Mactan Newtown.

The delay in the road-widening projects, he added, was due to the unpaid road right of way, which the Department of Public Works and Highways would settle.