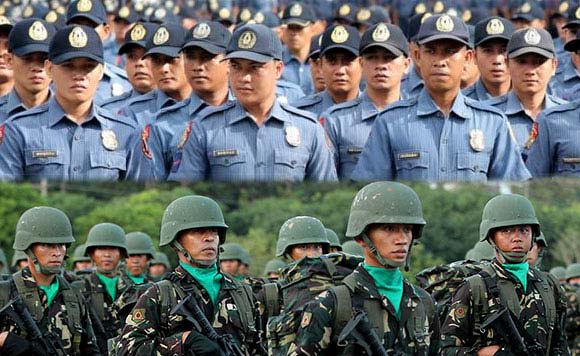 The Armed Forces of the Philippines and Philippine National Police named the municipalities of Calinog, Lemery, and Maasin in Iloilo province as “areas of grave concern.”

The towns are targets of insurgent violence and have had a history of intense political rivalry, said Lieutenant Colonel Sisenando Magbalot of the Philippine Army’s 61st Infantry Battalion in a Panay News article.

The military and police identified three classifications of election watchlist areas: Yellow means Category 1 or areas of concern; Orange, Category 2 or areas of immediate concern; and Red, Category 3 or areas of grave concern.

New Lucena, San Dionisio, Estancia, and Sara are classifed under the Yellow category.

Areas in category yellow have history of/or current intense political rivalry (IPR) among contending parties; presence of private armed groups (PAGs) (active/potential) that had been and/or can be utilized by candidates and abetted by loose firearms and availability of gun-for-hire gangs; occurrence of validated election related incidents (ERIs) in the 2016 national and local elections, provided there was no participation of domestic terrors groups; suspected politically-motivated violent incidents involving elected government officials (EGO)/aspirants/supporters from January 2018 to the present and those who filed their certificates of candidacy until the start of the election period; occurrence of politically-motivated ERIs in the current election period provided there is no participation of domestic terror groups; and validated reports of candidates involved in illegal drug groups and such support will likely lead to election violence.

Orange category refers to an area with presence and/or serious armed threat posed by the communist terrorist groups (CTGs, such as New People’s Army) and/or local terrorist groups (LTGs); reports on the collection of “permit to win”/“permit to campaign” by CTGs and/or extortion by LTGs and/or other analogous groups; and reports on the existence of CTG/LTG-supported candidates.

In classification Red, areas have any of the factors in the Yellow and Orange categories.

Continue Reading
AlimodianArmed Forces of the PhilippinesBingawanCalinogIgbarasIloilo provinceJaniuayLambunao
0
Share
Politiko would love to hear your views on this...
Trending News
More Stories