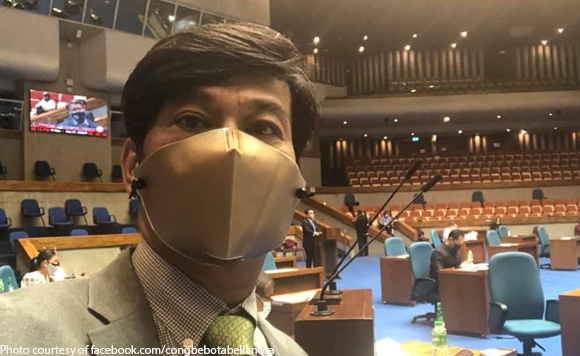 Cebu City South District Rep. Rodrigo Abellanosa is concerned about the lack of a vaccine deal for the city’s residents.

This delay in getting a deal for the city residents might leave them out of the chance for the vaccine early and the city might have to wait for later stocks instead, said Abellanosa.

“For almost a year now, Cebu City constituents have suffered so much from the harsh effects of the longest quarantine in an LGU (local government unit) throughout the Philippines, the recurring lockdowns, the agony of losing their loved ones and jobs, the lukewarm assistance from the LGU,” he wrote on his Facebook page. (https://bit.ly/3bLmzox)

Abellanosa expressed worry that unlike other highly urbanized cities, Cebu City is left with no guarantee of vaccine stocks from preferred brands such as Astrazeneca or Pfizer.

“It is clear in the past days that the Cebu City government, as gleaned from the pronouncements of the Mayor and the Vice Mayor, is paying more attention to holding Sinulog instead of procuring Covid-19 vaccines,” the congressman said.

“Cebu City Mayor is still waiting for the ‘go-signal’ of the vaccine czar while the other cities such as Caloocan, Valenzuela, and Iloilo have already signed agreements with AstraZeneca to buy Covid-19 vaccines,” he added.

Abellanosa urged Mayor Edgardo Labella to secure the needed vaccines for the city residents before the city would lose the chance for it.

The mayor, he said, should no longer wait for vaccine czar Secretary Carlito Galvez Jr. and prioritize getting stocks of a trusted vaccine that people might want to be inoculated with.