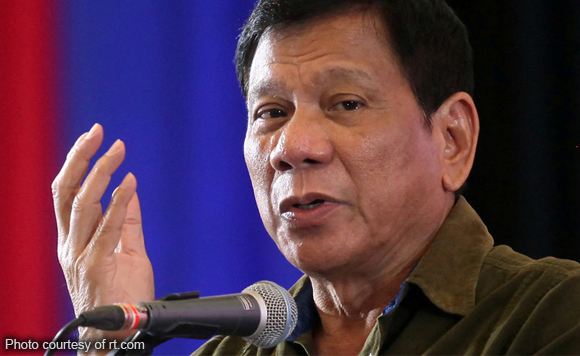 President Rodrigo Duterte on Sunday morning (August 7) gave Iloilo the unenviable tag of being the “most shabulized” province, at least in the Visayas.

“The most shabulized – is that the word – shabulized, is there such a word shabulized? I will say that wala akong personal sa kanila ha – Iloilo,” Duterte said during his speech at Camp Panacan, Davao, where a wake for four soldiers killed by the New People’s Army (NPA) was held.

The Chief Executive created the new word after giving a rundown of the “narco officials”–politikos allegedly involved with illegal drugs–from the region.

He said that some of the names he mentioned were his friends.

In the middle of his “roll call” of these erring politikos, the 71-year-old Duterte recalled a time during the campaign period wherein Iloilo residents came up to him to personally ask his help in getting rid of the local drug menace.

“So we just pray, just pray that I will win and may be in the fullness of God’s time I will take care of this problem,” he added.

Duterte ran and won the presidency on an aggressive anti-drug and crime rhetoric, which he put in action during his years as Davao mayor.