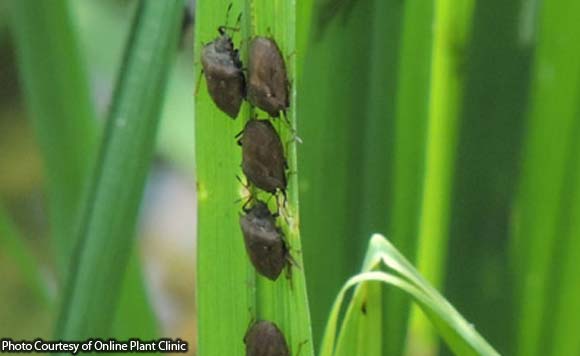 0 519
Share
Want more POLITIKO News? Get the latest newsfeed here. We publish dozens and dozens of politics-only news stories every hour. Click here to get to know more about your politiko - from trivial to crucial. it's our commitment to tell their stories. We follow your favorite POLITIKO like they are rockstars. If you are the politiko, always remember, your side is always our story. Read more. Find out more. Get the latest news here before it spreads on social media. Follow and bookmark this link. https://goo.gl/SvY8Kr

The Iloilo Provincial Agricultural Office is now monitoring the presence of rice black bug, a common rice pest, in at least nine towns in Central and Northern Iloilo.

Sandig said Banate town is now at risk because of its standing rice crops that might be attacked by the rice black bugs.

He said that while the situation is not yet alarming for now, the pests will be difficult to manage once their population starts to grow and they infest the rice crops.

Earlier, Sandig said the rice pests can leave the rice crops withered since they suck through the stems of the plant.

He said the local government units of the towns that have reported sightings of the rice pests are currently using “super light” to control the pests.

The rice black bugs can be fed to other farm animals such as chickens and ducks, he said.

Also, Sandig said it is natural for pests to propagate after a long dry season followed by the first rain.