80,000 expected at PDP-Laban rally in NegOcc 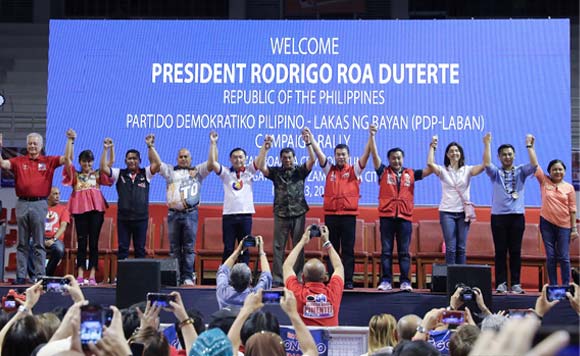 Ronwald Munsayac, campaign spokesman, said the rally will be held at the Victorias City Coliseum and grounds.

Munsayac said the rally will start at 2 p.m.

President Rodrigo Duterte and his guest seven candidates are expected to join the rally.