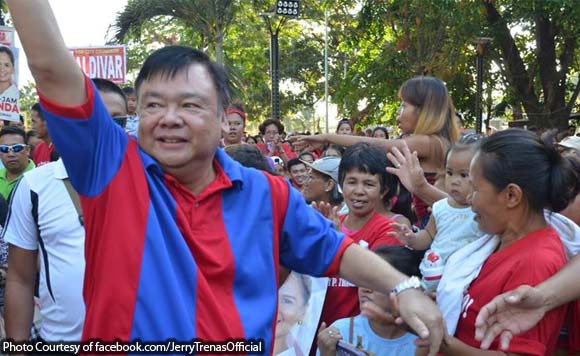 “Uswag” is a Hiligaynon term that means “progress.”

“We are proud to be Ilonggos. We are here to pledge our commitment to level up. Together, we can make it happen. We have to spur economic development through business activities especially in these difficult times. We have to elevate the city to the next uswag level,” said Treñas in a Panay News article.

The politiko-abogado explained how popular demand had forced him to run for mayor.

“I know that efficient job hires were laid-off because of their support for me. Our once beautiful plants all over the city are now dying because the beautification employees were laid-off. Iloilo now is slowly going back to what it used to be. Heavy traffic is everywhere because a good number of experienced traffic aides were also laid-off. The children in the barangays cannot attend day-care classes because their teachers were laid-off,” he added.

The latest survey of the Random Access Consultants, Inc. showed that Treñas, who previously served as city mayor and councilor, is leading the mayoral race with a preferential rating of 64.5 percent.