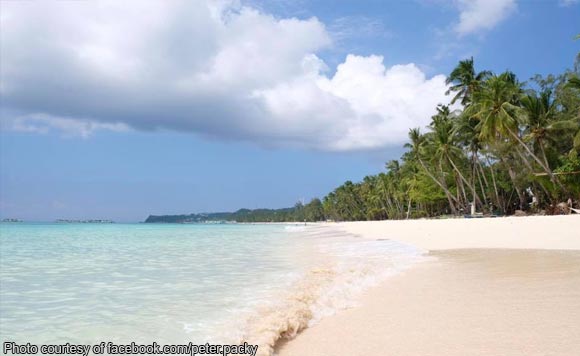 MANILA — Four days before the reopening of Boracay Island, the Department of Environment and Natural Resources (DENR) on Tuesday said 80 percent of the pristine beauty of the famous tourist destination has been restored after six months of rehabilitation.

“Although, we can say that we’re not yet 100 percent complete, but we’re going to that direction. And at least we can say that at least we are now 80 percent restoring the pristine beauty and original situation of Boracay Island,” DENR Undersecretary Jonaes Leones said in a Palace press briefing.

Leones said the inter-agency task force, led by DENR, is ready to reopen Boracay on Oct. 26 with some safeguards now in place.

“In terms of addressing major environmental problems in Boracay, we are optimistic and confident that these issues were already resolved by the inter-agency,” he said.

He said visitors of Boracay will be allowed to swim only at the front beach and Puca beach.

“In Bulabog, there are still problems there, the water quality. That’s why we will not allow tourists there,” Leones said.

Meanwhile, Leones reminded tourists to book first with the compliant hotels before buying their plane tickets.

He said the Department of Tourism has released a list of 115 hotels that complied with the requirements set by the inter-agency task force.

“We will be using an app where all the passengers will be able to pay their rides through wristband or tap card system,” de Leon said.

De Leon said the tap card or wristband can be used to ride around 500 e-trikes and 50 jeepneys that will operate on the island.

He said ridesharing firm Grab, in coordination with a local cooperative, agreed to give free rides up to December.

Tourism Infrastructure and Enterprise Zone Authority Assistant Chief Operation Officer Nestor Dimalanta said the expansion of the drainage system will be finished by the end of 2019.

After the Boracay Island rehabilitation, Department of the Interior and Local Government (DILG) Assistant Secretary Jonathan Malaya said the government will also look into environmental law violations in other beach destinations of the country.

“There have been a lot of reports already that other parts of the country, in particular beach destinations, are also having problems with compliance with local laws and environmental laws,” he said.

He said DILG Secretary Eduardo Año has directed all their field officials nationwide to monitor the environmental compliance of all islands resorts and beach tourism destinations. (PNA)