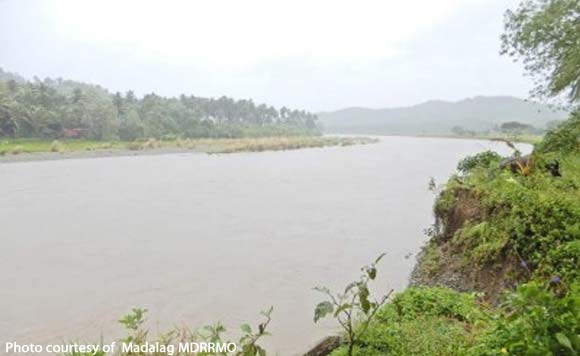 0 929
Share
Want more POLITIKO News? Get the latest newsfeed here. We publish dozens and dozens of politics-only news stories every hour. Click here to get to know more about your politiko - from trivial to crucial. it's our commitment to tell their stories. We follow your favorite POLITIKO like they are rockstars. If you are the politiko, always remember, your side is always our story. Read more. Find out more. Get the latest news here before it spreads on social media. Follow and bookmark this link. https://goo.gl/SvY8Kr

ILOILO CITY — The Aklan Provincial Disaster Risk Reduction and Management Office (PDRRMO) was placed on a red alert level on Monday afternoon as Typhoon Tisoy ((international name Kammuri) threatens to cause some rivers here to overflow and flood several areas.

The towns of Libacao, Madalag, Banga, Kalibo, Numancia, Lezo, and Malinao, which are near Aklan River, are considered-flood prone, Aklan PDRRMO head Galo Ibardolaza said in a phone interview Tuesday.

With the red alert, Ibardolaza said all PDRRMO personnel and representatives from response clusters are on stand-by at the emergency operation center.

As of 11 a.m. on Tuesday, the PDRRMO said it has yet to receive any emergency call.

“There is no threat of flooding because we experience only light rains. All our road networks are also passable,” he said.

Despite this, the PDRRMO has advised the residents not to remain complacent as the province is under typhoon signal no. 2.

Residents in the identified towns at risk of flooding have been oriented on the location of their respective evacuation centers, Ibardolaza said.

He said 193 residents from the coastal municipalities of Batan, Malay, Tangalan, and Altavas have been moved to safer places like school buildings and barangay halls.

The PDRRMO has also “institutionalized” the flood early warning system in every municipality.

“We have installed water level sensors in the upstream of the Aklan River. Our office has studied and established the critical level. We also know when there is flooding based from the data provided by PAGASA (Philippine Atmospheric, Geophysical and Astronomical Services Administration) and DOST (Department of Science and Technology),” he said.

No boat trips are allowed in Aklan waters, including motorized bancas plying the Caticlan and Boracay Island, the PDRRMO said, as tourists and residents are also prohibited to swim or do any water activities on the Boracay Island.

“The waves are strong that is why no boat trips are allowed, per advice of the Philippine Coast Guard. There are also lifeguards, local disaster officers, and Malay police deployed in the beachfront of Boracay to ensure that no one will do swimming or any water activity,” he said.

Ibardolaza also assured that the PDRRMO has sufficient manpower and disaster response equipment ready to be mobilized to respond to any incident brought about by the typhoon. (PNA)