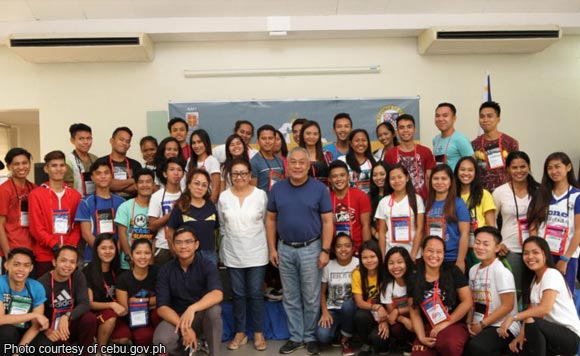 Some 43 Paglaum scholars took part in a leadership training in Balamban town in Cebu last Sept. 13, the provincial government said.

The provincial government said the training in Barangay Cansomoroy was conducted in partnership with the Ramon Aboitiz Foundation Inc.

“Our history are infused with stories of inspiration and patriotism of leaders in the prime of their youth. (R)emember always that the hallmark of a truly great leader lies in his ability to sow seeds of love, truth, justice and hope in the hearts of others… May the lessons you learned today, and have learned these past days, prepare you in your return to your respective schools, communities and families,” Gov. Hilario Davide III told the scholars in his welcome speech (https://www.cebu.gov.ph/news/43-paglaum-scholars-undergo-leadership-training-in-balamban/).

He cited young heroes like Jose Rizal, Gregorio del Pilar and Diego Silang for the scholars to emulate.

It was the second batch to undergo a leadership training. A first batch of 140 had their training last Sept. 8.

The Paglaum scholarship program of the provincial government was launched in September 2016 with 47 scholars.

Poor but deserving students in the program get a P1,500 monthly allowance, and have a portion of their tuition in private schools subsidized.