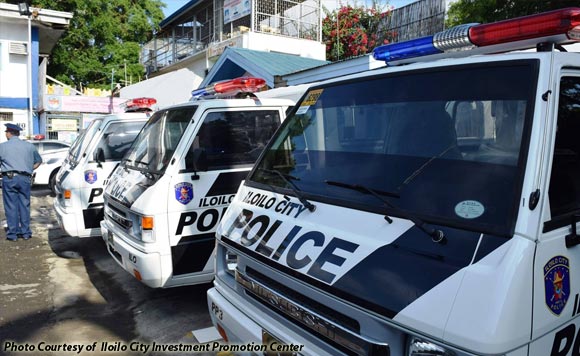 0 448
Share
Want more POLITIKO News? Get the latest newsfeed here. We publish dozens and dozens of politics-only news stories every hour. Click here to get to know more about your politiko - from trivial to crucial. it's our commitment to tell their stories. We follow your favorite POLITIKO like they are rockstars. If you are the politiko, always remember, your side is always our story. Read more. Find out more. Get the latest news here before it spreads on social media. Follow and bookmark this link. https://goo.gl/SvY8Kr

The Iloilo City Police Office (ICPO) and the Phillippine Drug Enforcement Agency (PDEA) on Tuesday asked the Iloilo Citiy Anti-Drug Abuse Council (ICADAC) to remove from the “target list” drug personalities who have moved out of the city.

Per ICPO monitoring, these personalities can’t be located in their last known address for at least six months, and no known information of illegal drug activities.

The drug personalities will be put into “suspense file” status – meaning they will no longer be in the target list of police operations but will be subjected to police operations once they are sighted in Iloilo City, Canieso said.

“Once confirmed, the list will be submitted to the Regional Oversight Committee, who will conduct another review and validation,” saidCanieso. PDEA chairs the oversight committees.

Canieso said the downgrading of “cannot-be-located” targets would also be implemented in other areas per directive of PNP Directorate for Intelligence.

However, Canieso was quick to clarify that the list does not include the elusive suspected drug lord in Iloilo, Richard “Buang” Prevendido, who has been on the run since President Duterte waged his war against illegal drugs.

“Buang” is identified by PDEA as the alleged leader of Prevendido Drug Group, one of the two major drug groups operating in the metro. Other suspected drug lord, Melvin Odicta Sr. was slain August last year.

“Buang” is now a “national” target, which means anti-illegal drugs law enforcers in all levels – city, region, and national are after him, said Canieso.

The city government, through the ICADAC, and the Province of Iloilo placed a P1-million bounty to Prevendido’s arrest. He was reportedly last spotted in Antique province but the police could not trace his whereabouts. If “Buang” is arrested, the bounty will go to the informant. (Maricyn A. De los Santos/PNA)