3 senators call for probe into killing of 14 Negrense farmers 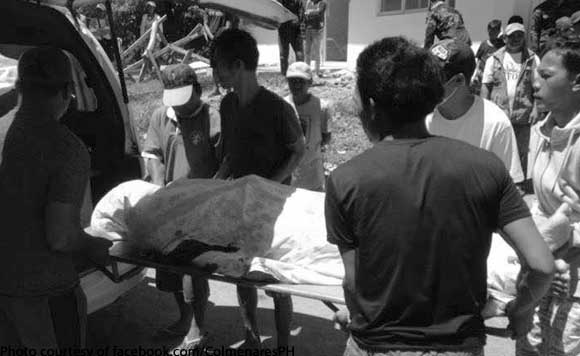 0 559
Share
Want more POLITIKO News? Get the latest newsfeed here. We publish dozens and dozens of politics-only news stories every hour. Click here to get to know more about your politiko - from trivial to crucial. it's our commitment to tell their stories. We follow your favorite POLITIKO like they are rockstars. If you are the politiko, always remember, your side is always our story. Read more. Find out more. Get the latest news here before it spreads on social media. Follow and bookmark this link. https://goo.gl/SvY8Kr

Three female senators called for an investigation into the killing of 14 farmers during police operations in Negros Oriental province.

It must be checked and stopped immediately, added de Lima.

“These killings tend to prove the inability of the Philippine government to discharge its basic duty to preserve and maintain peace and order, and to hold accountable the perpetrators of crimes and abuses. They have cultivated a culture of impunity and lawlessness across the country,” she said.

“We will see when we get back, there probably would be an inquiry now if the Senate was not in recess,” Binay said.

Villar, for her part, added she will refer the matter to Senator Panfilo Lacson, the chairman of the Committee on Public Order and Dangerous Drugs.