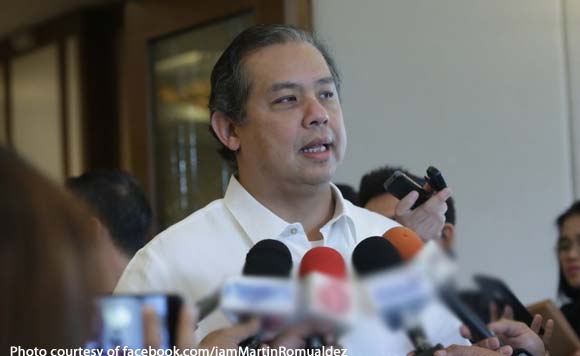 0 2,374
Share
Want more POLITIKO News? Get the latest newsfeed here. We publish dozens and dozens of politics-only news stories every hour. Click here to get to know more about your politiko - from trivial to crucial. it's our commitment to tell their stories. We follow your favorite POLITIKO like they are rockstars. If you are the politiko, always remember, your side is always our story. Read more. Find out more. Get the latest news here before it spreads on social media. Follow and bookmark this link. https://goo.gl/SvY8Kr

Acting on Speaker Alan Peter Cayetano’s instructions, Romualdez, the chairman of the House committee on rules, said the House aims to pass the three measures creating the DFO, DWR, and DDR before the next adjournment in March.

“We aim to hit the ground running when session resumes on Monday (January 20). Time to roll up our sleeves once again and work double time on vital legislative measures. The Speaker made a clear instruction to pass these bills,” he said.

“No less than President Rodrigo Duterte himself called on Congress to work on these measures during his fourth State of the Nation Address last July,” said Romualdez.

“This includes House Bill No. 5673 which authorizes the Department of Health to set and approve the bed capacity and service capability of all DoH-retained hospitals in all parts of the country,” said Romualdez.

“We are committed and inspired to work harder, smarter and more efficiently this year,” he said.