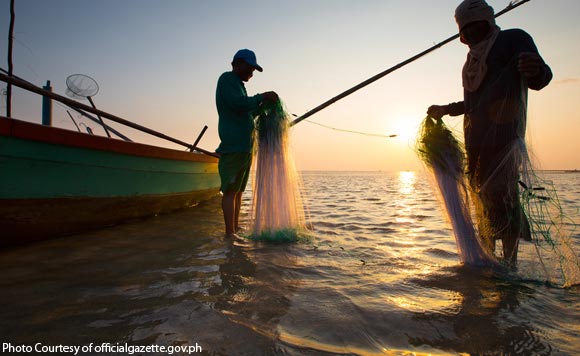 In a report from the Regional Disaster and Risk Reduction and Management Council, the three missing fishermen were identified as Alfredo Berroja from Balangiga town, Rogelio Gamalo from Lawaan, and Pepito Gacho, Jr. also from Lawaan town.

The fishermen went off to sea on Dec. 13 despite advice from the Philippine Coast Guard.

Office of the Civil Defense Regional Director Edgar Posadas said there has been no contact from them for three days.

Flooding and landslide have displaced 94,904 persons in Eastern Samar, Leyte, and Samar provinces, according to RDRRMC.

The cancellation of sea trip by the Philippine Coast Guard has stranded 2,093 passengers in the ports of Isabel and Bato in Leyte, Liloan and San Ricardo in Southern, and San Isidro and Allen in Northern Samar.

In Tacloban, a mother and her child were seriously injured due to landslides.

The center of Tropical Storm Urduja was estimated at 125 kilometers east northeast of Borongan City in Eastern Samar.

The storm has a maximum sustained winds of 80 kilometers per hour (kph) near the center and gustiness of up to 95 kph, moving west at 10 kph.