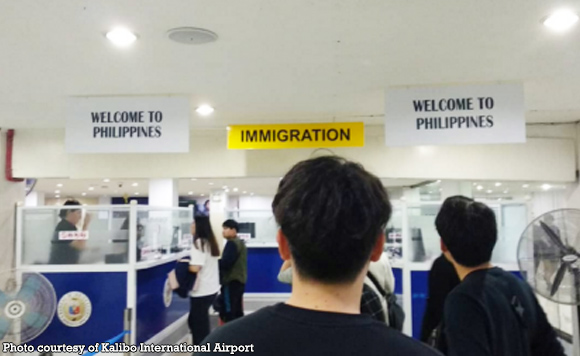 0 842
Share
Want more POLITIKO News? Get the latest newsfeed here. We publish dozens and dozens of politics-only news stories every hour. Click here to get to know more about your politiko - from trivial to crucial. it's our commitment to tell their stories. We follow your favorite POLITIKO like they are rockstars. If you are the politiko, always remember, your side is always our story. Read more. Find out more. Get the latest news here before it spreads on social media. Follow and bookmark this link. https://goo.gl/SvY8Kr

The three patients were monitored by the Bureau of Quarantine (BOQ) to have fever, cough, and colds upon their arrival at the airport, Dr. Cornelio Cuachon Jr., chief of Aklan PHO, said in a phone interview Monday afternoon.

“For direct flight from China to Kalibo, we strengthen our surveillance. Upon the entry here in Kalibo, those who have fever, cough, or colds are automatically referred to the provincial hospital for quarantine,” Cuachon said.

First to be quarantined is a 29-year-old female who arrived last January 17. The patient was detected to have fever and therefore referred to the provincial hospital for monitoring.

“She was observed overnight, so the following day, she has no fever and no difficulty of breathing. Thus, she was allowed to proceed to Boracay,” he said.

The second one to be quarantined is a three-year-old girl who arrived last January 18.

Although the child also suffered from fever, Cuachon said she was discharged from the hospital as she was later found out to have respiratory tract infection.

The third one to be quarantined was a 65-year-old male who arrived last January 20. “He also has a fever but when he arrived at the provincial hospital, upon assessment, he was already well so he was only treated as out-patient,” Cuachon said.

He assured that specimens were secured from the three Chinese nationals. It will be sent to the Research Institute for Tropical Medicine (RITM) for confirmatory testing.

The Aklan PHO is coordinating with the Department of Health-Center for Health Development in Western Visayas to send the specimen to Manila.

The PHO also told the three quarantined tourists who were allowed to proceed to Boracay to immediately seek medical assistance if they experience the symptoms again.