234 stranded OFWs set to arrive in Iloilo, Bacolod on April 29 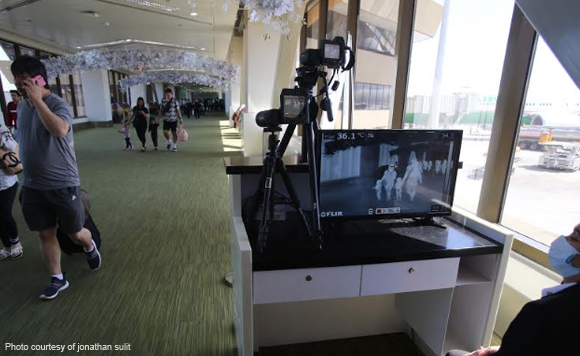 Around 234 overseas Filipino workers (OFWs) repatriated from Metro Manila are expected to arrive in Iloilo City and Bacolod City on Wednesday.

On Monday, the Regional Interagency Task Force in Western Visayas (RIATF) confirmed that the OFWs boarded a ship and departed Manila Monday night.

The returning OFWs include 178 residents of Iloilo City and Iloilo province and 52 residents of Bacolod City.

Jose Roberto Nuñez chairman of the RIATF 6 and regional director of the Office of the Civil Defense 6, said the OFWs were negative for Covid-19 after undergoing tests. (https://bit.ly/3aKtL09)

“We would like to reiterate that only OFWs who were tested negative during the rapid testing, those who showed no symptoms of Covid-19, and those with complete documents were allowed to board the vessel pursuant to RIATF Resolution No. 12 and 13,” according to Nuñez.

He added that the OFWs have already agreed to subject themselves to 14-day quarantine despite already completing the health protocol.

“This is just the first batch of OFWs that will be arriving in our region and more are coming. Rest assured that the task force will relentlessly work hand in hand to ensure the success of the repatriation of OFWs.”

Based on Resolution No. 13 of RIATF issued on April 24, returning land-based and sea-based OFWs who remain stranded in Metro Manila will be subjected to health protocols, particularly RT-PCR and rapid antibody-based tests prior to departure from Metro Manila or any point of exit.

Only OFWs with negative results will be allowed to depart and will be accepted in the region.

Meanwhile, the Regional Task Force through the help of the Department of Tourism (DOT) has identified hotels with enough rooms to temporarily accommodate the repatriated OFWs for their 14-day quarantine period upon their arrival.

The city government of Iloilo has prepared the St. Therese MTC Hospital to serve as an isolation facility for returning OFWs.

Some of them will be billeted at Goldberry Hotel, GT Hotel De Leon, GT Hotel Jaro, Injap Tower Hotel, and Urban Inn.