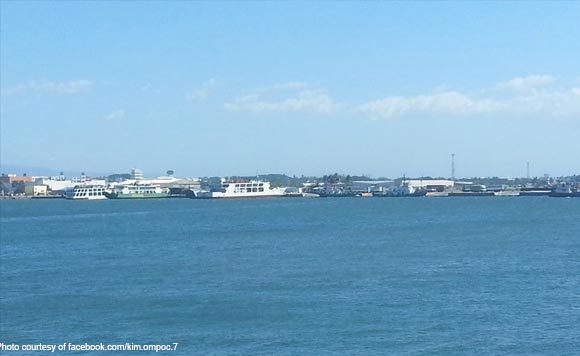 0 344
Share
Want more POLITIKO News? Get the latest newsfeed here. We publish dozens and dozens of politics-only news stories every hour. Click here to get to know more about your politiko - from trivial to crucial. it's our commitment to tell their stories. We follow your favorite POLITIKO like they are rockstars. If you are the politiko, always remember, your side is always our story. Read more. Find out more. Get the latest news here before it spreads on social media. Follow and bookmark this link. https://goo.gl/SvY8Kr

At least two foreign vessels were held and placed on quarantine off the coast of Bacolod City amid the scare over COVID-19, the Philippine Coast Guard said.

The vessel has 15 Chinese crew and four from Myanmar. It was loaded with fertilizer (https://dailyguardian.com.ph/two-foreign-vessels-held-at-bacolod-port/).

BMC Catherine was loaded with cement and has 23 crewmembers – 19 Vietnamese and four Indians.

While BMC Catherine was also placed on quarantine, Benjamin said they are concentrating more on the Unicorn Bravo per guidelines from the PCG to implement a 14-day quarantine for all vessels from China.

BMC Catherine will also be allowed to dock at Bredco port immediately after clearing inspections by the Bureau of Quarantine.

The captain of the Unicorn Bravo forwarded a document showing they have been monitoring the body temperature of all their crew during their transit to the Philippines.

The vessel was also ordered to anchor at 400 meters away from Bredco port during the 14-day quarantine period.

Benjamin said that they have not received reports from the owner of the vessel if they are running low in food and water.

He said they are assuming that the ship still has enough provisions to last for a few more days at sea.

The crew are not allowed to disembark during the quarantine period.

So far, Mayor Evelio Leonardia had not issued any directive that would otherwise ban the vessel from entering Bredco port.

Earlier this month, the M/V Sea Music, which originated from the Chinese port city of Ningde, was refused entry into San Carlos City waters.

The vessel, however, was later allowed to anchor off Sipaway Island, after the operator of the vessel appealed for the ship to anchor on “humanitarian grounds” as the vessel was not able to stock up food and fresh water while in China.