Defensor: Joining PDP-Laban could be dealbreaker with Iloilo politikos 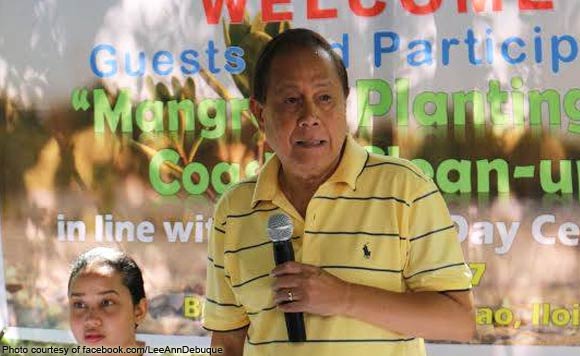 0 620
Share
Want more POLITIKO News? Get the latest newsfeed here. We publish dozens and dozens of politics-only news stories every hour. Click here to get to know more about your politiko - from trivial to crucial. it's our commitment to tell their stories. We follow your favorite POLITIKO like they are rockstars. If you are the politiko, always remember, your side is always our story. Read more. Find out more. Get the latest news here before it spreads on social media. Follow and bookmark this link. https://goo.gl/SvY8Kr

In a report of The Daily Guardian, Defensor said that he agreed with Reps. Arcadio Gorriceta (2nd district), Arthur Defensor Jr. (3rd district), Ferjenel Biron (4th district), and Raul Tupas (5th district) to support a common candidate to replace him as governor.

Defensor, a stalwart of the Liberal Party, is serving his last term as Iloilo governor. He said that their candidate could either be Rep. Biron and his son, Arthur Defensor Jr.

Defensor explained that once he joined PDP-Laban, it will be party who will decide on who to field for the gubernatorial post and he would have no other choice but to follow it.

House Speaker Pantaleon Alvarez was recently in Iloilo, a known bailiwick of losing presidential LP bet Manuel Roxas, to swear in new PDP-Laban members. Alvarez is the secretary-general of the PDP-Laban.

Defensor said that he’s open on the possibility of joining the PDP-Laban, although he has yet to make a final decision.

“We are willing to sacrifice our political interest for the greater and higher interest of our people. That is the most important,” The Daily Guardian quoted Defensor.