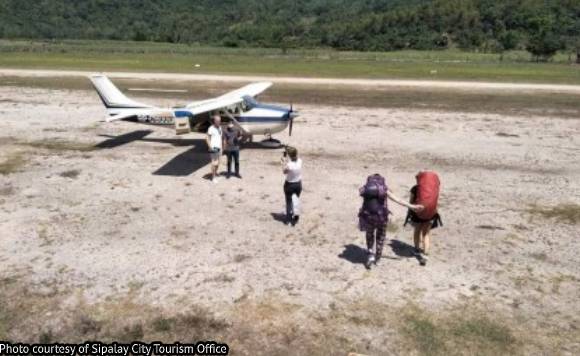 BACOLOD CITY – The Negros Occidental Provincial Tourism Division is facilitating the repatriation of foreigners stranded in the province amid the enhanced community quarantine (ECQ).

It is also working with local government units in accommodating tourists who could not yet leave due to travel restrictions brought by the coronavirus disease 2019 (Covid-19) threat.

“(We are) monitoring the accommodation establishments that have temporarily closed and are also accommodating stranded tourists. We are continuously coordinating with the Department of Tourism (DOT),” the Provincial Tourism Division headed by Jennylind Cordero said in a statement.

On Friday afternoon, the Korean Embassy repatriated its 55 nationals on board a Cebu Pacific chartered flight from the Bacolod-Silay Airport. They were joined by eight Taiwanese, nine Singaporeans, and 12 Japanese, all from Negros Occidental, and 11 others from Iloilo and Guimaras.

However, there are still more than 100 foreigners stranded in various towns and cities in Negros Occidental, excluding Bacolod City.

In Sipalay, a number of foreigners have already left since the last week of March as shown in the Facebook posts of the City Tourism Development and Promotion Office.

On March 28, a Cessna RPC9000 special repatriation flight organized by the Swiss Embassy flew two Germans, a Swiss, and a Bosnian from Sipalay Airport to Cebu while on March 25, a total of 21 tourists, including 14 Germans, three French, three Swiss, and one British, were also assisted for their travel from Sipalay to Dumaguete City in Negros Oriental going to Cebu.

Although the DOT has issued an advisory, announcing that the agency is no longer initiating flights for stranded tourists, there are still airlines with commercial flights or groups doing private charters to move stranded tourists to international gateways, the Provincial Tourism Division said.

Tourists may contact their respective embassies for such arrangements, it added.

The Provincial Tourism Division also advised domestic and international tourists not yet included in their list to coordinate with the tourism offices of the city or municipality where they are staying. (PNA)